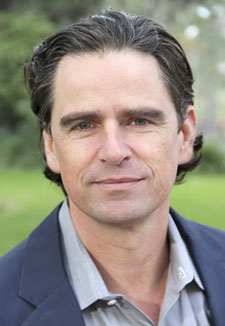 Born in Carmel, California, and educated at the University of California, Berkeley and Yale, where he received his PhD in 1998, McMahon is the author of Enemies of the Enlightenment: The French Counter-Enlightenment and the Making of Modernity (Oxford University Press, 2001) and Happiness: A History (Atlantic Monthly Press, 2006), which has been translated into twelve languages and was awarded Best Books of the Year honors for 2006 by the New York Times, The Washington Post, the Library Journal, and Slate Magazine.

McMahon has just completed a history of the idea of genius and the genius figure, Divine Fury: A History of Genius, published in October of 2013 with Basic Books. He is also the editor, with Ryan Hanley, of The Enlightenment: Critical Concepts in Historical Studies, 5 vols. (Routledge, 2009), and, with Samuel Moyn, of Rethinking Modern European Intellectual History (Oxford University Press, 2014).

McMahon is represented by Tina Bennett at the William Morris Endeavor agency in New York.